At Thinslices we design mobile products and develop mobile applications. Our experience in this field has taught us that every new project idea requires complex analysis in order to be validated. Before starting the product development process, we do prototyping. In the broadest sense, you might think of pencil sketches, storyboards, wireframes and mockups. These are strategies for testing design, but, for us, clickable prototypes mean more than that. In a nutshell, they are complex versions of the final product (in terms of design and UX) that lack functionality. The most important thing is that they simulate user experience through a response to human actions (clicks, taps, selection, and navigation). 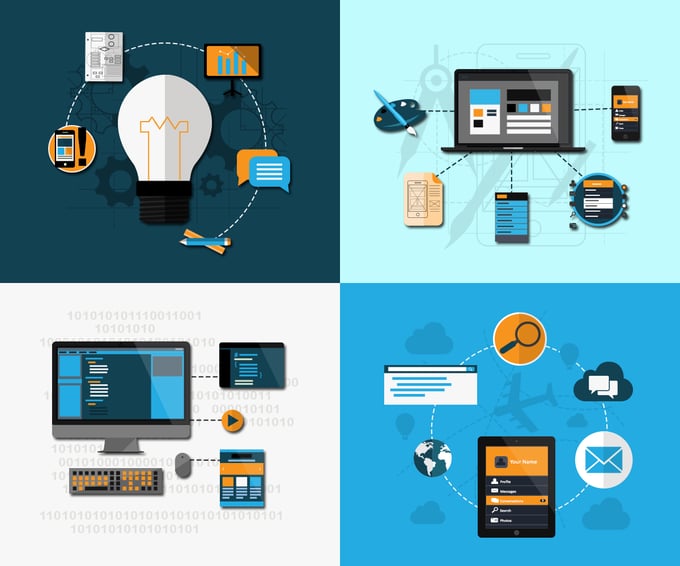 Why and how do we prototype?

First of all, prototyping is not important only for the product. The client also has to make some decisions, such as approving the design, the layout and the functionality before the implementation. Secondly, there’s the development team that needs to get a clear perspective on what has to be built before they start working on the product functionality. 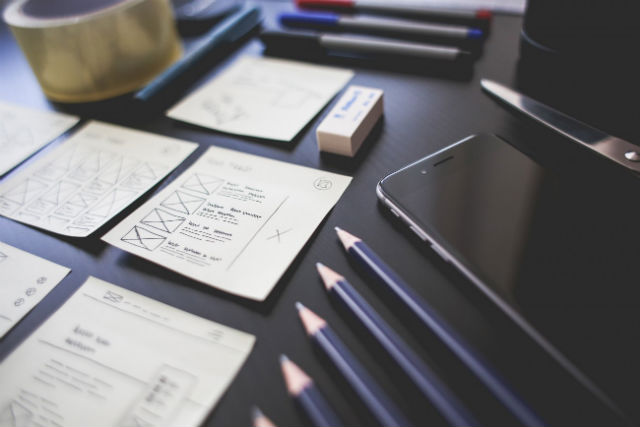 How do we prototype?

In order to be effective, a clickable prototype needs clear goals. The measures we must take during the three phases of the prototyping process come from three relevant principles, that are based on the aforementioned requirement and the results we expect:

1. Proof of concept is meant to demonstrate that an idea has value and that it can be implemented. It is a good way for our clients to test the feasibility of the future mobile product before jumping into development. This phase helps clients, designers and developers understand what the mobile app will be offering by doing a market research, finding competitors and adding extra value in order to create a better product. This is also a right time to make sure that the costs required for implementing the product are reasonable and affordable.

Therefore, in the POC phase, we:

2. Design happens after all the team sees where the application is going and settle on the idea. There’s no need to define all the functionality in order to start working on the user interface design. Nevertheless, it is important to establish what and how it is going to be implemented after creating the mobile app design. Figuring out what the core functionality is helps designers and developers decide on a single strategy and prevent any kind of disagreements that might appear during the implementation process.
This is followed by wireframing. This stage helps identify the best UX scenarios. After getting feedback from the client and the team on the wireframe prototype, we start designing the user interface (UI).

3. Coding a prototype in static mode helps stakeholders see how users will interact with the product and get feedback in order to offer users a great experience. In this final phase, the clickable prototype resembles the final version of the mobile app, minus the functionality. The front end developer and the designer develop this high fidelity prototype, that is going to be reviewed by the whole team for the final approval.

Quality assurance is a must even for big companies such as Apple, Google, Facebook or Microsoft. They struggle a lot in order to develop great products. The problem gets more complicated when there are small businesses involved. Small startups rarely get second chances. Therefore, prototyping should be mandatory in their process development.
When we started working at Hppy, we went through the whole process: concept, wireframing and design, clickable prototype, proof of concept, development and quality assurance. Hppy is an employee engagement tool that enables companies to track and manage employee happiness, through mood tracking and anonymous feedback.
At that moment, we created the clickable prototype in order to get feedback and to make sure that the product really worked. The app looked and behaved just as the real thing. The difference between it and the final product was the API connection. We basically developed the front-end part of the application. Then we started talking to investors and show them the app. It was easier and cheaper to make changes along the way.

Why do other companies choose not to create clickable prototypes?

If you do a search on Google, you will find a bunch of articles about design prototyping tools  like Marvel App, for example. Our designers use it. We even wrote an article on this subject. The big difference is that this type or phase of prototyping doesn’t need code. Therefore, it can’t be tested on real devices. It is a quick step that offers designers the possibility to link some sketches via hotspots and turn them into a sharable click through prototype. This happens before the front end developer starts coding.
Let’s see why a considerable number of companies skip the real testing part and decide to use prototyping tools that offer feedback on the visual elements. Basically, on the look and feel.

Creating prototype implies some costs. But the cost of a prototype is minimal compared to the cost of re-engineering a product once you’re halfway through or done with the coding part. Consequently, the most valid argument as to why we need to prototype is minimizing both cost and risk while, at the same time, achieving maximum efficiency and quality.
This methodology may increase the complexity of the system, as the aim of the system may expand beyond original plans.