Mobile is the future and the present

Recent statistics show that, on an average day, over 300,000 babies are born, but more than half a million iOS devices get into users’ hands, as well as over 700,000 Android devices and 200,000 Nokia products.

An outdated study stated that, by 2014, internet users were most likely to perform searches or get in touch via the web using their mobile phones. This is not only incredibly true now, but it’s also true that most mobile users have switched from using ordinary browsers to regularly using applications. 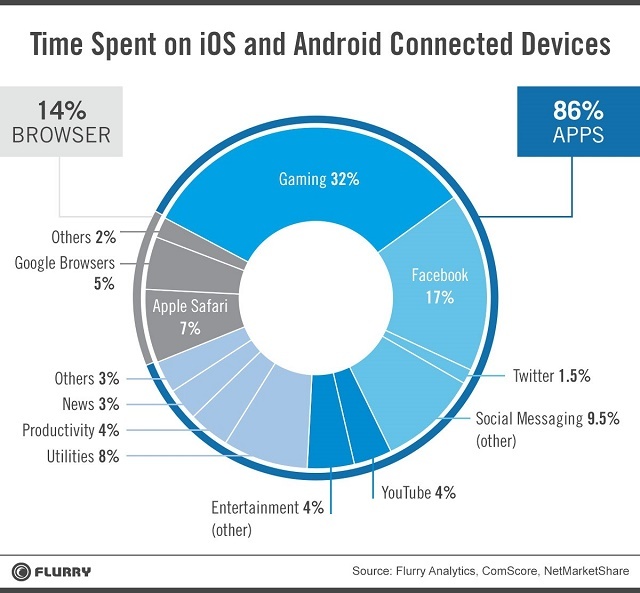 Statistics clearly indicate that developing mobile apps is mandatory, at least for businesses that actually want to sell. Deciding to go mobile-first, mobile only or mobile after is important, but going mobile is a must.

In the mobile-first category, there are some mind-blowing apps that have initially launched on mobile and that have later on conquered web. The widely known Angry Birds by Rovio and the largely acclaimed fitness app Runkeeper were initially mobile-first products. Pulse is an app that mixes social media with news and info from friends and colleagues, that has been recently acquired by LinkedIn. It was so majorly appreciated by the public in 2012, that it jumped from 1 million to 11 million downloads and, at the time, it was estimated it was downloaded by a user every 2 seconds.
Some mobile apps can stick to being singularly mobile. Vivid examples are apps such as Roambi (that combines mobile analytics, business insights and valid reports), AwardWallet (that calculates frequent flyers’ miles) and Expensify (that helps users track their expenses and control their budgets).

Why mobile-first? Why not? 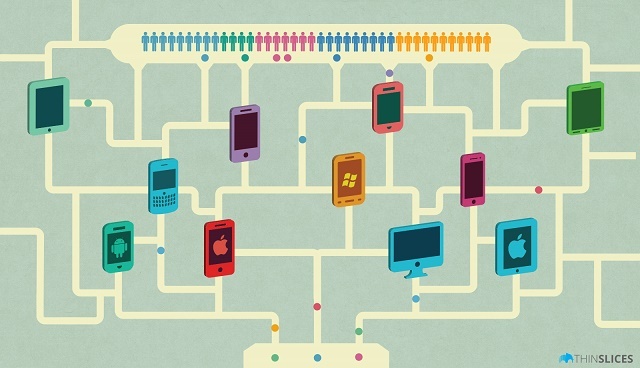 Mobile-first is a strategy that has to fit users’ needs and the product you’re launching. We've put together a punctual list of pros and cons that shows you whether you should or should not have a mobile-first mentality.

Such a decision can prove to be critical for the entire future of a business. Once it is made, however, there is another issue to be addressed…

Launch on iOS, on Android, or on both?

Numbers speak for themselves. In spite of Android being extremely popular due to less expensive products, iOS still leads the market. Christmas 2013 statistics put together by IBM show that iOS absolutely blew away Android products in sales, users spending around 94$ on iOS products, compared to an approximate 48$ spent on Android devices. What’s more important is that most of these sales came from the mobile market, which basically translates into the fact that mobile apps that are specifically designed for Apple products have more chances of thriving than the same ones that are designed for Android.

A simple list of pros and cons always helps in establishing a strategy:

Creating the MVP of your product is based on market research that can indicate if launching mobile-first is the right choice. Consider doing some market sizing, competitive analysis, customer development, as well as a preliminary evaluation of the idea.

The greatest issue of launching a mobile-first product is its discoverability, particularly in the case of iOS, where even the approval process is slower. Therefore, an exceptional design and an impeccable development are a must.

While mobile-first is a brilliant idea, particularly in the case of apps that make sense especially if they’re not web-based, web development is somewhat easier and less cost and time consuming. Let us not, however, ignore the fact that a website is necessary even in the case of a mobile-first product, mostly because of marketing reasons.

If the public’s needs aren't extraordinarily high, going mobile-first may not be a good idea. Perhaps launching both the mobile and the web versions of the product at the same time is a perfect combination.

No matter the choice, what’s of utmost importance is the development of a solid marketing strategy that ultimately ensures sales.