The Minimum Viable Product is not about building the minimal product that is usable and sellable, as much as testing your assumptions about the market with the minimal effort needed.

After having worked on a few pre-landing pages in different projects, there are a few things that we think are really important:

As soon as the idea is clear and the concept is defined it is the right time to collect the maximum amount of learning about customers with the least effort. 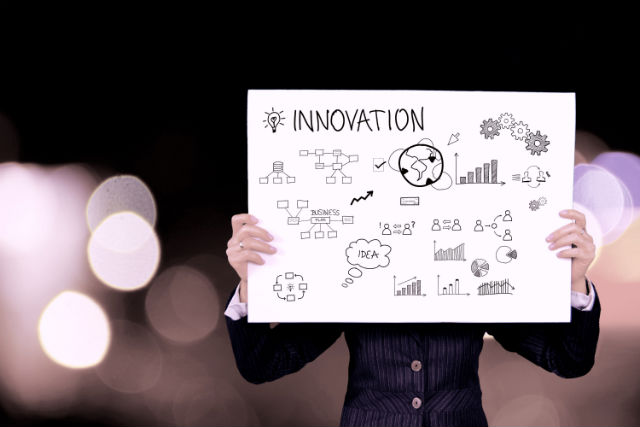 The purpose of a landing page depends on the actual moment in the life cycle of a start- up. Since we are talking about a future product- an MVP or just an idea- we can view a landing page as the simplest and lowest investment possible which will get us customer feedback.

For example, for Hppy, before we created the product, we wanted to see how many people are interested in the concept. So we came up with a landing page. The purpose was to gather email addresses of potential customers. Afterwards, we used those contacts to convert some of them to users and beta testers. A helpful thing we did was to set a very clear goal. We knew we would not start developing the product until we had at least a few hundred people who have shown interest in our app.

We used this opportunity to get in contact with people that expressed interest in our future product, ask questions, explain what we want to build and generally validate that our future plans. Eric Ries writes in Lean Startup that the number one reason startup fail is “building a product that nobody wants”. Even if collecting a few hundred or thousand emails is not definitive proof that your startup has an audience, it’s at least another argument that you are not going down a wrong path.

So, for us, with Hppy, putting our product on the market had a lot to do with the feedback we got after a pre- launch landing page. 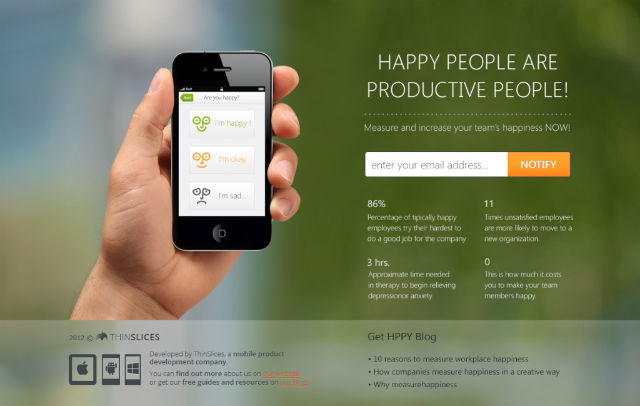 We were also very careful to make the landing page go viral. We set up a system that anyone could easily share a customized link to the page. If at least three other people sign up for the launch newsletter after clicking the link, the person who shared the link would get early access to the product.

So, we've tried to some extent to create the so called “viral loop”, the element which makes your page more likely to be shared by other people. In fact it`s an incentive for people to share your stuff with their friends and followers. There are many ways to give something back to the ones who helped you spread the word. ResourceGuru, for example, is giving away an iPad 2 to one of the lucky chaps.

But, as they say, there are 100 ways to skin a cat, so you can also choose the “stealth start- up” method. It`s all about making something publicly known without offering people any details.

Have a quick look at Hipster, a great example of a stealth start- up. Hipster gathered 10.000 email addresses in two days after its public launch. Do not forget nobody knew about what it actually does. Hence, you can choose to play the mysterious card and get good results. However, for that to happen, you will need to somehow get some serious PR and coverage.

Take advantage of Social Networks. People love to share what they do at a certain moment, stuff they find interesting, and news. So why not add Social Network buttons on your landing page? A good way to make visitors share your information is to give them the option to register through Facebook or Twitter. Contact.me is another example of stealth start-up with an awesome viral register page. They have a great copy too, which makes visitors feel important and special. Instead of “Invite friends to get early access” they say “Reserve your username to get early access”, doing a big favor to those who have common names and would like a professional URL.

Talking about people feeling important, a very good strategy to convince early adopters to join could include exclusivity. Psychologically speaking, they are more likely to do what you want them to do when you are not too pushy.

This also happens when they receive a personalized message. Sugarhigh sent out invitations to invite visitors to subscribe to their newsletter. Texts only included one message: “You have been invited by an existing member of Sugarhigh. You have X hours, Y minutes, Z seconds to register before your invitation expires”.

According to Robert Cialdini, one of the “six weapons of influence” is social proof. We are all familiar with people tendency to act like others do (this is widely known as peer pressure). This could be one of the strongest points for engaging people. Show them who are the people who liked your page. Add a feature to showcase the Likes or Sign-ups. In the same time, use the amount of comments, opinions and reactions they have after the interaction in order to improve your product or rethink the whole process. 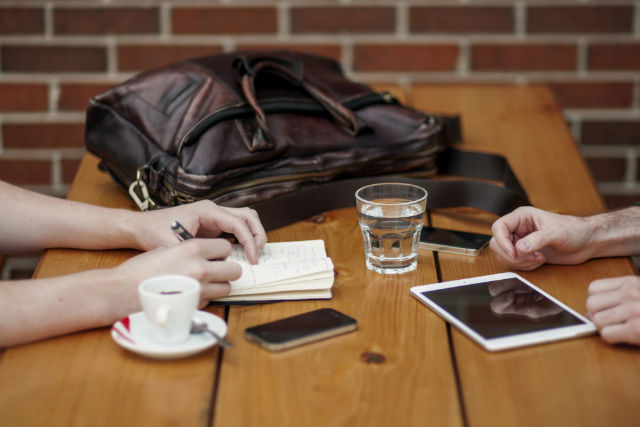 And you are not done

In later stages in the startup life cycle the landing page has to be replaced with another type of web site. This time the purpose is not to lure and intrigue the visitor so he would give up his email, but to transmit the value of the product as best as possible. The final website should contain features, pricing, contact information, etc.

We bet you are dying to see if your idea works and if people want your product. So all you have to do is take baby steps and look for ways to improve your work. Have a great evolution!

See you in the comments!