Why should you implement the Scrum methodology for your technology startup?

This is the first in a long series of articles on Scrum which are meant to serve as guidance for tech startups who are eager to start working efficiently and deliver functional products as soon as possible.

We have been implementing the Scrum methodology for some time and would be very happy to share all its main steps and little secrets with you.

The sole purpose of this series of articles is to best serve your needs and shed light on what many believe is a very complex, difficult to put in place and time-consuming process. We’re hoping that, after reading these articles, you will understand that it’s not even a fraction as complex as what you are currently doing. 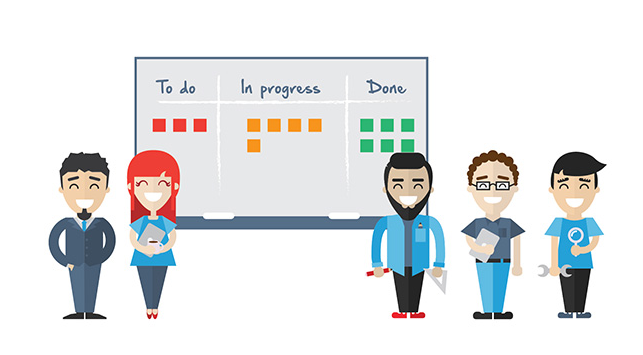 As defined by the Scrum Alliance, Scrum represents:

Another definition, given by the International Scrum Institute, states that Scrum is “a lightweight agile project management framework mainly used for software development. It describes an iterative and incremental approach for project work”.

For us, at Thinslices, Scrum represents our project development framework aimed at maximizing the value we are able to deliver to clients, by:

Although initially designed for suiting the needs of the software industry (as the leading Agile development framework), the Scrum methodology is now used by publishing agencies, by consulting groups and many others.

Why do you need Scrum in the first place?

Basically, you are not happy with the way your team performs. Despite the fact that they are constantly complaining of having an overcrowded schedule and doing massive overtime, they only rarely manage to deliver on time.

Furthermore, in the days before the release date your team practically moves in the office and the stress levels reach the maximum limit. Why? Because everybody is terrified of the next call with the client when they don’t yet have a shippable product increment ready. More pressure is put on you and your team!

The chaos at work causes mental exhaustion, dissatisfaction and frustration among team members. As a result, there’s a high risk of experienced developers and QA engineers leaving the company.

Bottom line, nobody is happy and you have the feeling that you’ve tried everything by now and nothing seems to have worked for your company.

If you’re facing a similar situation and you’re not too discouraged to try a different approach, Scrum might actually make life easier for every member in your company (and that includes you!).

How did we figure out we needed it? What was not working?

Scrum came as a logical choice once we understood the profile of our client (Mobile Product oriented Entrepreneurs) and the value of the Lean approach in the Modern Global Market. Thinslices adhered to the principles behind these frameworks quickly after its first steps, based on the previous experience of its founders in using other models.

The difference between the Old Way and the Scrum way

The old way often refers to what is known as Waterfall development. It’s called ‘waterfall’ as this type of development is often planned using a Gantt chart – you complete one phase (e.g. planning) before moving on to the next phase (e.g. development). 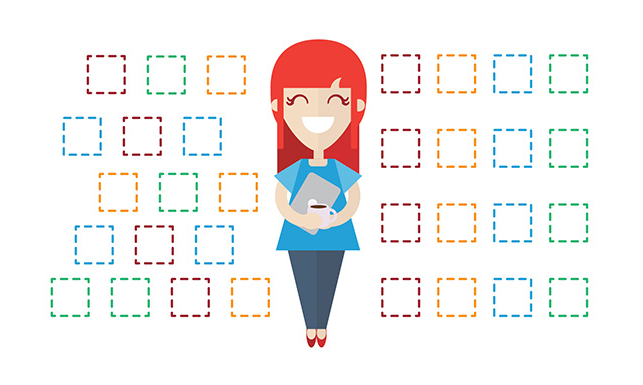 With the Waterfall methodology, you will rarely manage to re-visit a phase once it’s completed. That’s why there’s a lot of pressure on you and your team to get things right the first time. This approach presents a high degree of risk, is often more costly and generally less efficient than more Agile approaches.

By focusing on delivering fully-tested, independent, valuable, small features, the Scrum methodology is far less risky than the Waterfall approach. The good part is that if one feature is messed up, this should not have an impact upon another feature.

The difference as seen by Thinslices 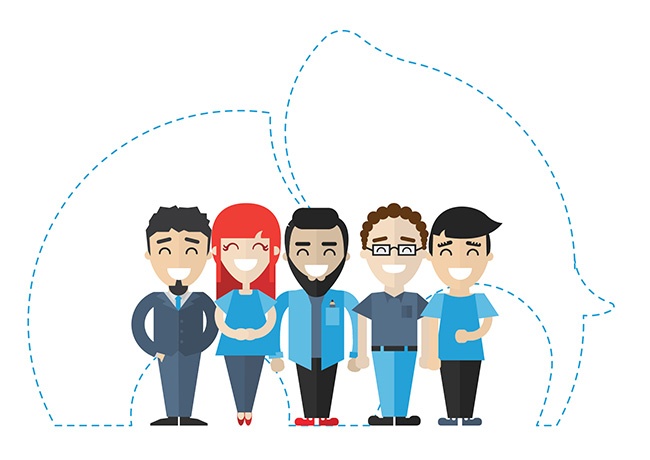 We have passed these three stages to reach the point where we are now:

As a consequence the difference is roughly absolute in terms of structure, quality and predictability.

Scrum Roles. All for one and one for all! 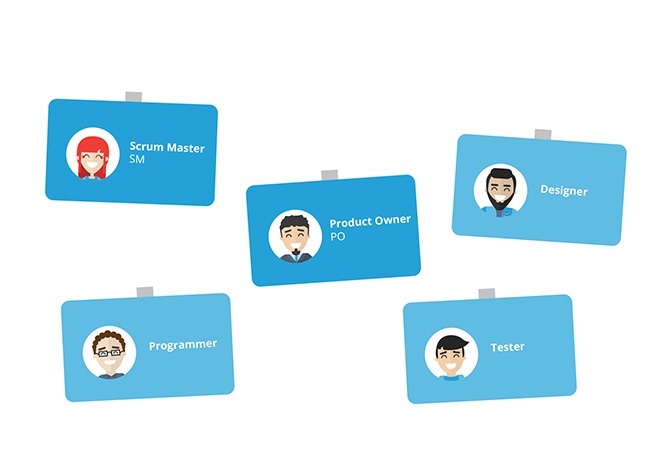 - is, usually, the client. He’s in charge of capturing and clearly conveying the value proposition of the product to the development team, thus maximizing the result of their work. He is responsible for prioritizing the list of features and writing short descriptions of all the functionalities (he manages the product backlog).

- has the task of removing any impediments that hinder a team’s accomplishment of its sprint goals. The best Scrum Masters are real team players, who receive as much satisfaction from facilitating others’ success as their own.

- is not just an executive organ. Instead of receiving its tasks from the project manager, the team decides, self dependent, which requirements or User Stories it can achieve in one sprint. In the Agile approach, the team becomes a manager. It makes-up the tasks and is committed to delivering an incremental functionality at the end of each sprint. 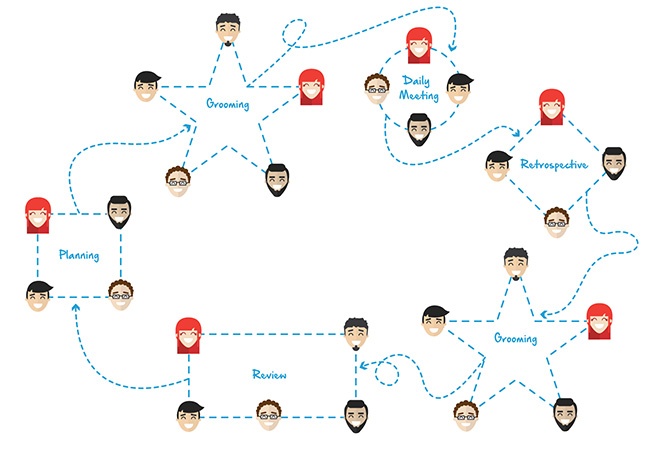 The Sprint Planning Meeting is attended by the PO, the Scrum Master & the team to plan the activities for the next sprint.

The Scrum Backlog Grooming takes place on a regular basis.The team, including the PO, meet to "groom the product backlog". This implies removing stories that are no longer relevant, creating new stories, re-assessing the priority of stories, assigning or correcting estimates.

The Daily Standup Meeting is time-boxed to 15 min and it takes place at the same time every day. The team meets so as to bring everyone up to date on the information that is vital for coordination: each team member briefly describes any "completed" contributions and any obstacles that stand in their way.

The Sprint Retrospective meeting is facilitated by the Scrum Master. During the Retrospective, the team discusses the just-concluded sprint and determines what could be changed that might make the next sprint more productive.

The Sprint Review  takes place on the last day of each sprint. The purpose of the meeting is for the team to show the customers and the stakeholders the work they have accomplished over the sprint.

Something to look forward to...

In our next article, you will be introduced to a number of Agile tools that you can use for a  successful implementation of Scrum within your company. As you will probably see, choosing the tool that best suits your needs is no easy thing. That is why it’s necessary for you to arm yourself (and your team) with patience, flexibility and openness.